AGBSs Gert James enjoyed a dominant performance at Imola to not only claim his maiden overall SA simGT victory, but to also win Race 2. With championship leader and Revlimit Racing driver Jonathan Mogotsi absent from this round, the field was eager to close down as much as the Drivers’ Championship points deficit as possible. 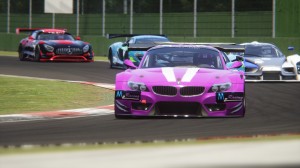 Both races saw James start from pole position to, other than brief challenges from the Trigon Racing Nissans of Gabriel Rossouw and Peter Van Vuuren, ease away from the rest of the field. His teammate and defending champion Boyd Bryson experienced a mixed bag of results with a fourth in Race 1 and a 13th position finish in Race 2. An incident during the formation lap in Race 2 saw him start down the order from his original qualifying position of fifth.

A successful return to the championship for Revlimit Racing’s Philip Lategan saw him net a fourth position finish in Race 2.

In the GT-AM class, M2 Racing’s Amrish Seunarain claimed victory in Race 1 while Eugene Niewoudt took the honours in Race 2 for the new Stormfront Racing team. 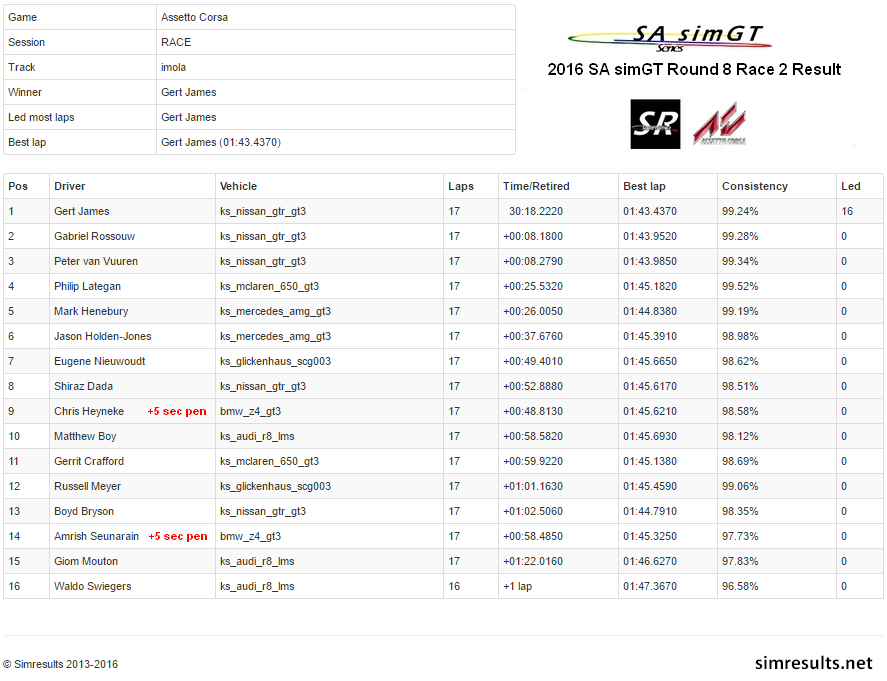 Drivers’ Championship Standings after Round 8: 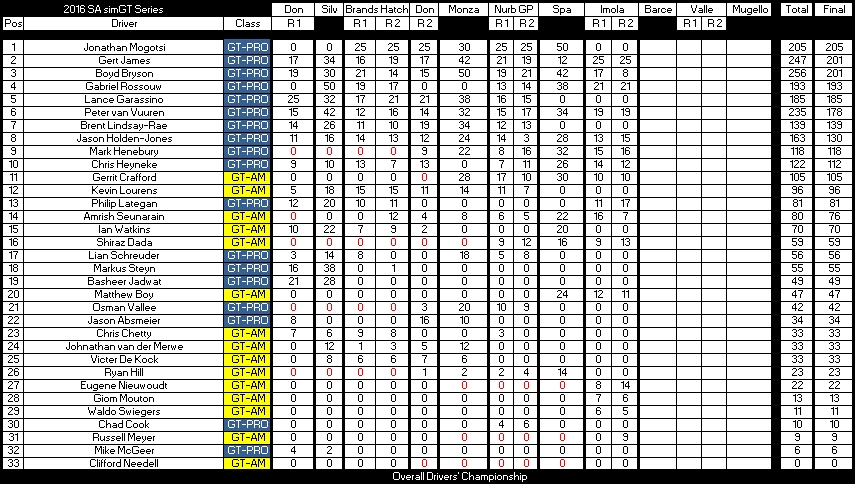 Teams’ Championship Standings after Round 8: