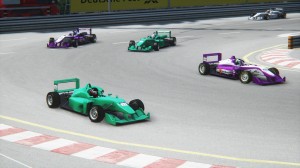 The opening stages of Race 1 saw Rossouw out-brake H-J eSports’ Jason Holden-Jones into the tight Turn 1, Rossouw used the exit of the final corner to great affect to position himself for a move at the end of the main straight. A good fight was seen between the two RC Fanatix drivers, Shiraz Dada and Osman Vallee, and the M2 Racing drivers, Amrish Seunarain and Chad Cook. The four drivers swopped positions on multiple occasions to see Vallee win the battle ultimately for fifth position overall.

Crafford controlled the race to win by four seconds ahead of Rossouw, Holden-Jones, and AGBSs Gert James. Pieter Grobler, on debut, completed the top six.

Race 2 proved a much closer affair as the gap between first and fourth stayed within a second throughout the half-way stage. Holden-Jones

had a half spin, this allowed James briefly into third position until he collided with Crafford while defending from a recovering Holden-Jones. The incident re-shuffled the top 4 into the order in which they had started, albeit this time Rossouw enjoying an extended. The two H-J eSports drivers started to catch Rossouw, Crafford kept very close to Holden-Jones suggesting that he was the quicker of two. Holden-Jones eventually left Crafford passed with just five laps remaining.

Rossouw beat Crafford to the line by just 0.75 of a second. Holden-Jones completed the podium ahead of James, Vallee, Grobler and Cook.

In the F3-AM class, Crafford claimed both victories, Grobler and Seunarain completed the podium.

The next round of the SA simF3 Series will be at Zandvoort on Monday evening 01 August 2016. If you would like to join the championship please email Jason at jason@simracesa.co.za 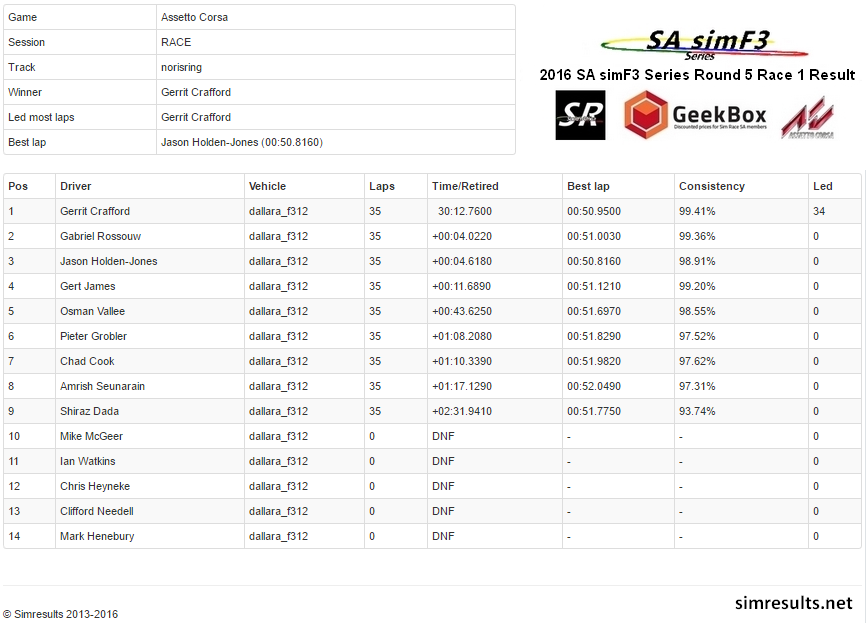 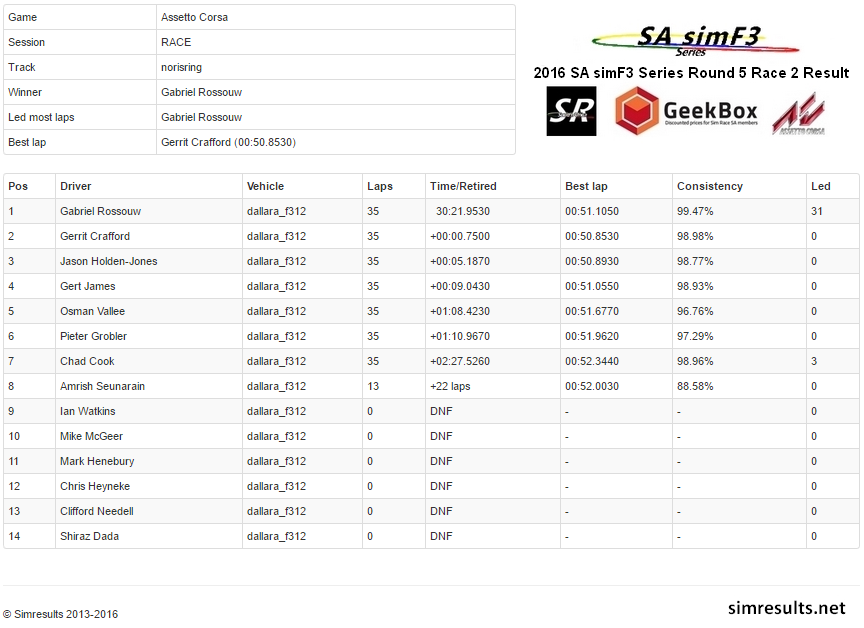 Drivers’ Championship Standings after Round 5:

Teams’ Championship Standings after Round 5: