A thrilling final round to 2019.1 SA simV8 Series, saw Redline's Christopher Langeveldt winning the Drivers' Championship up until the penultimate lap, when a fueling issue forced him into the pits handing the title to race winner Ichor's Jim Clark. Redline Racing secured the Teams' Championship with their Valkyrie squad drivers; Langeveldt and Devon Leisher.

Re-live the live stream of Round 5:

Drivers’ Championship Standings after Round 5: 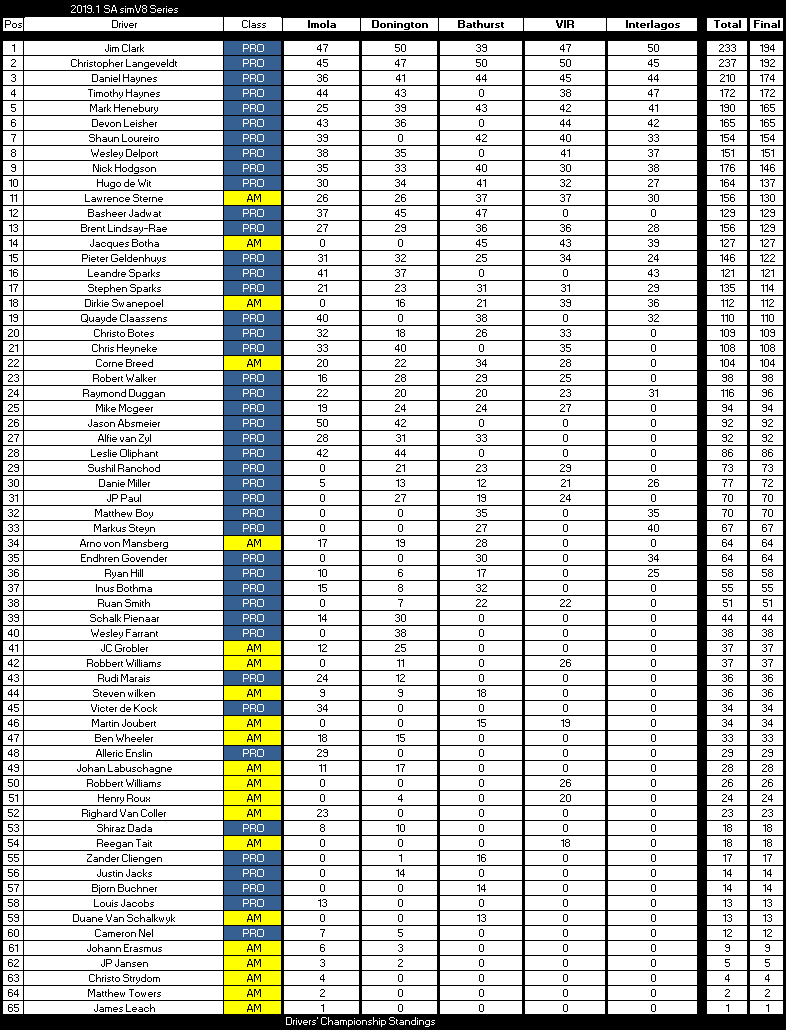 **Final column reflects worst round dropped for each driver

Teams’ Championship Standings after Round 5: 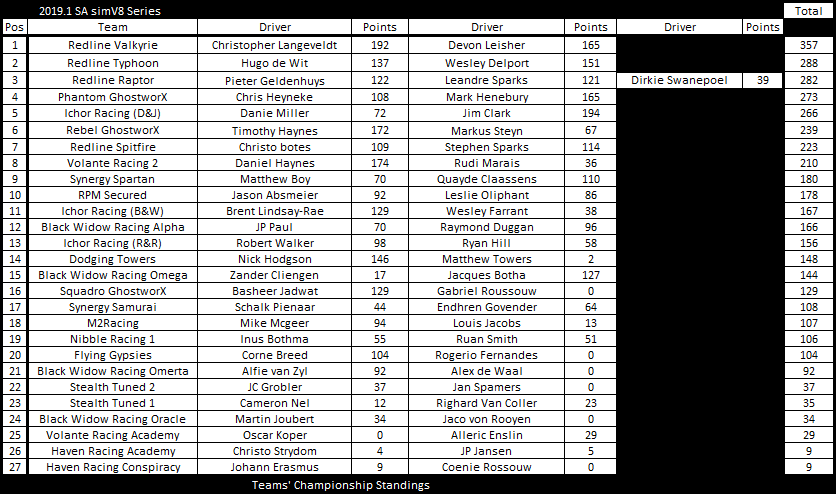 **Only two drivers can score points for a team per round