Re-live the live stream of Round 5:

Drivers’ Championship Standings after Round 5 (final):

*Considering the rule that the worst round of the championship is dropped for each driver, Jadwat has won the Drivers’ Championship with one round remaining.

Teams’ Championship Standings after Round 5 (final): 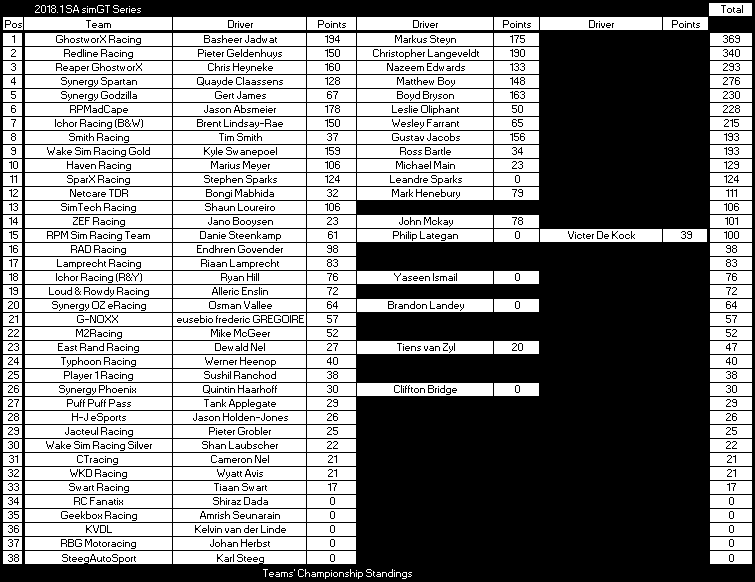