A dramatic final round of the 2018.1 SA simGT SprintQ Series saw GhostworX Racing's Basheer Jadwat win both races at Interlagos to snatch the Driver's Championship by just four points. 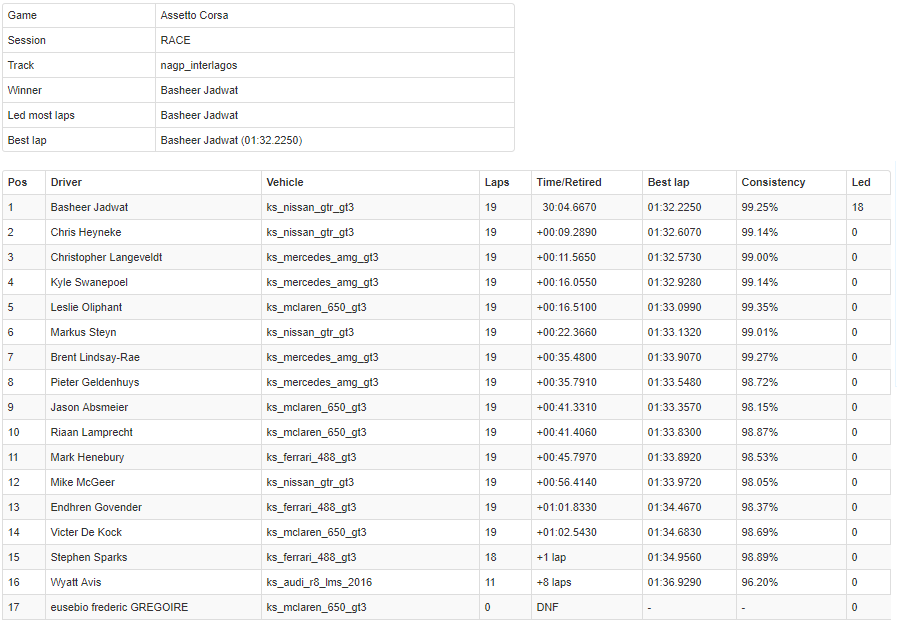 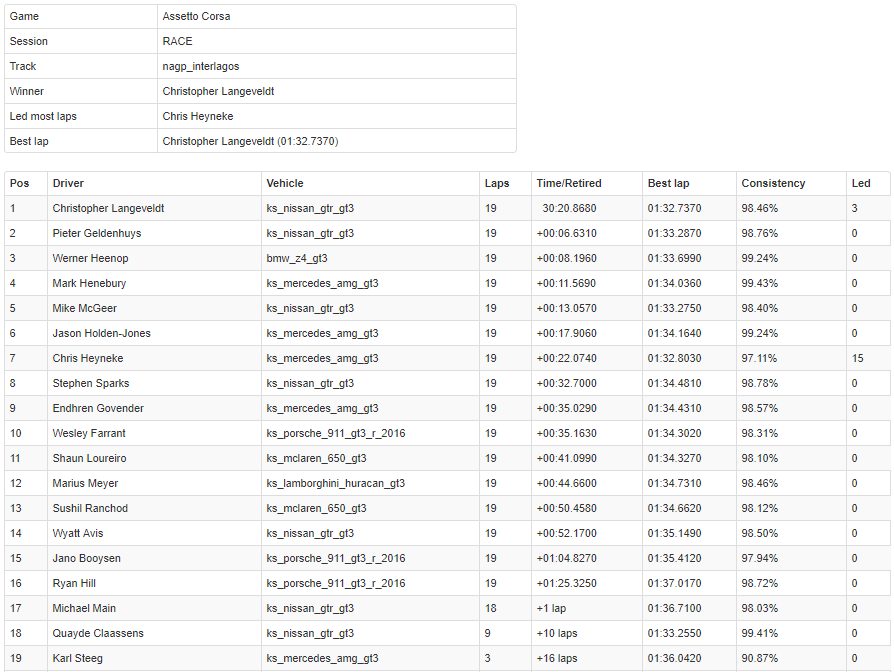 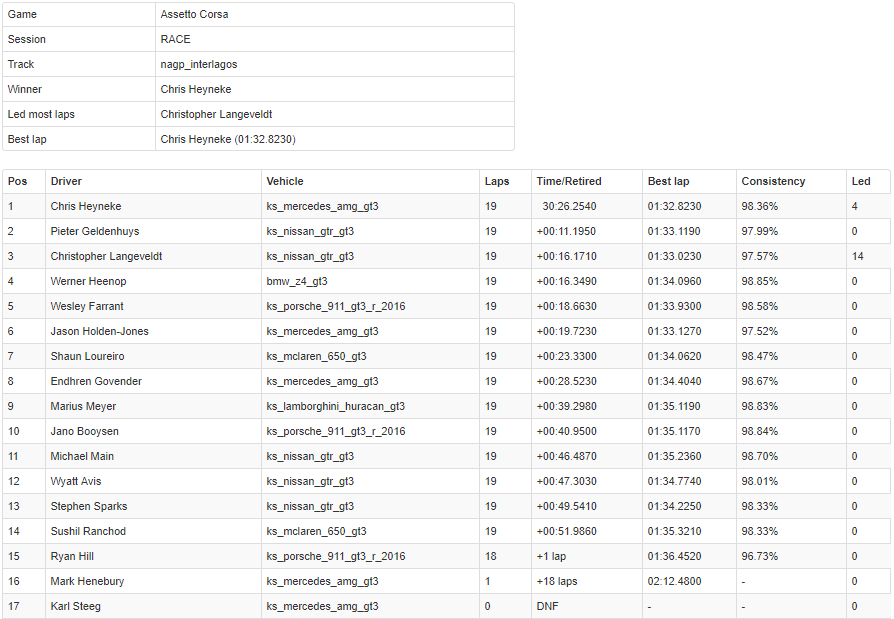 Re-live the live stream of Round 5 Division 1:

Re-live the live stream of Round 5 Division 2: