The 2018.1 SA simGT Series Drivers' Championship hangs in the balance, Jadwat under pressure from Langevedlt at Road America.

Jadwat’s closest championship contender, Christopher Langeveldt, tried his utmost to re-pass Jadwat for the lead during the opening three laps of Round 4 of the championship at Road America, resulting in what can only be described as quality wheel to wheel sim racing action (The battle can be viewed here: https://youtu.be/p4T7oNMoY44?t=23m19s ).

With just 24 points (100 points remaining) separating GhostworX Racing (Basheer Jadwat, and Markus Steyn) and RedLine Racing (Christopher Langeveldt, and Pieter Geldenhuys), the Teams’ Championship is not yet decided and will go down to the fifth and final round, virtually at the Nordschleife circuit, on 11 June 2018.

Re-live the live stream of Round 3:

Drivers’ Championship Standings after Round 4:

*Considering the rule that the worst round of the championship is dropped for each driver, Jadwat has won the Drivers’ Championship with one round remaining.

Teams’ Championship Standings after Round 4: 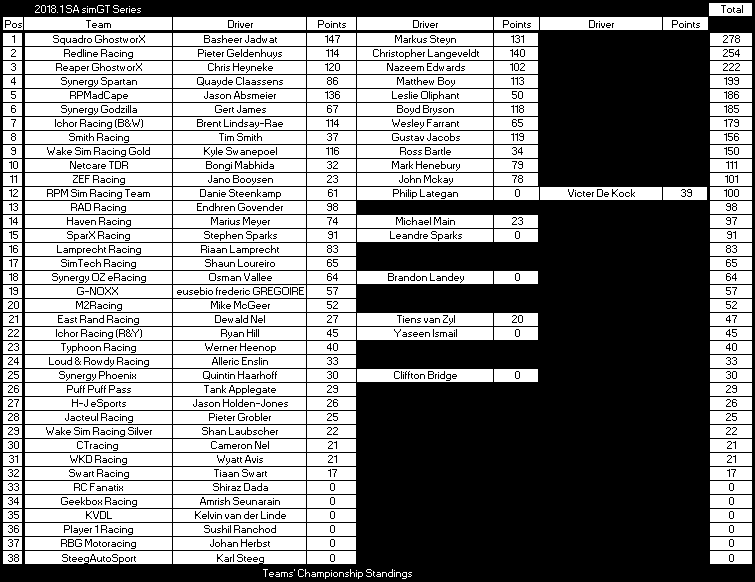