The 2018.1 Sim Race SA season is currently planned to start on 29 January 2018, details on the format will be announced over the next month. All are very welcome to join what will be another very exciting season.

**Final column reflects worst round dropped for each driver 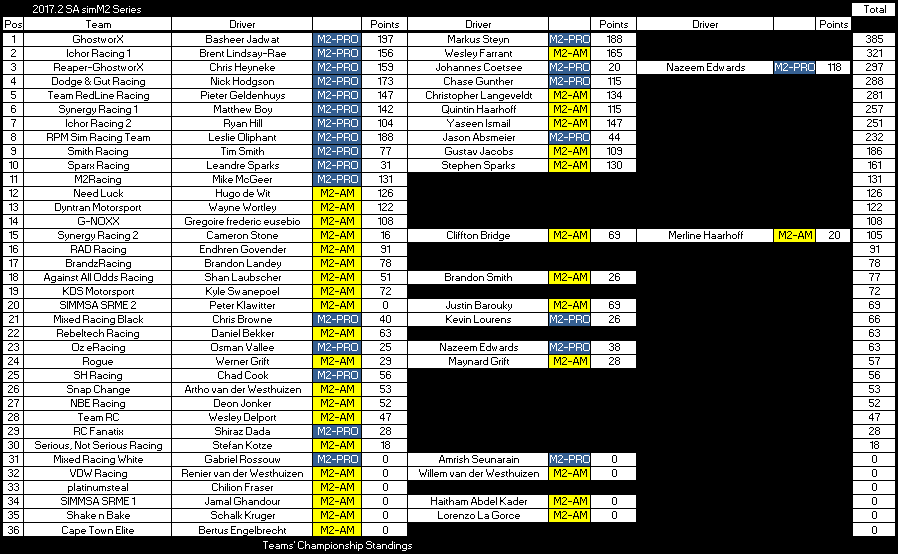