AGBSs Boyd Bryson spearheaded a significant shift in the established 2016 SA simHTC Series pecking order by dominating both races of the championship’s Barcelona round.

Before Barcelona, a clear pattern depicted a monopoly between Revlimit Racing’s Jonathan Mogotsi and Ichor Racing RSA’s Lance Garassino for probable victory. Together with increased success ballast for Mogotsi and Garassino, a change in the Assetto Corsa tyre model has seemingly swung in favour of the smoother driver. Both races saw Bryson start from pole position, Ichor Racing’s Chris Browne from second and AGBSs Gert James from third.

While Bryson enjoyed a dream start to the first race, teammate James had to use a defensive line to keep Revlimit Racing’s Jason Absmeier behind him, the move forcing a side by side scramble between Absmeier, Garassino and Mogotsi through to Seat corner (turn 5). Later, all three fell back to see James finish comfortably in third behind Browne. 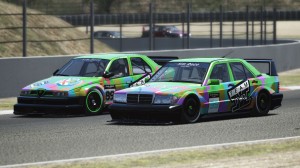 The fight for HTC-AM victory between de Kock and Crafford.

The start to race two proved chaotic as an out-braked Garassino found himself launched off the grass at Elf and knocking Browne out of second position. Further mayhem saw both Revlimit Racing entries come together and out of contention for victory. The race settled to see AGBS leading 1-2 ahead of HRT’s Mark Henebury in the leading Mercedes-Benz, Henebury later gifted the position to H-J eSports Jason Holden-Jones after a spin at Turn 8. After an incident between Browne and Holden-Jones, and retirement for Mogotsi, the final step of the podium was eventually secured by Garassino. 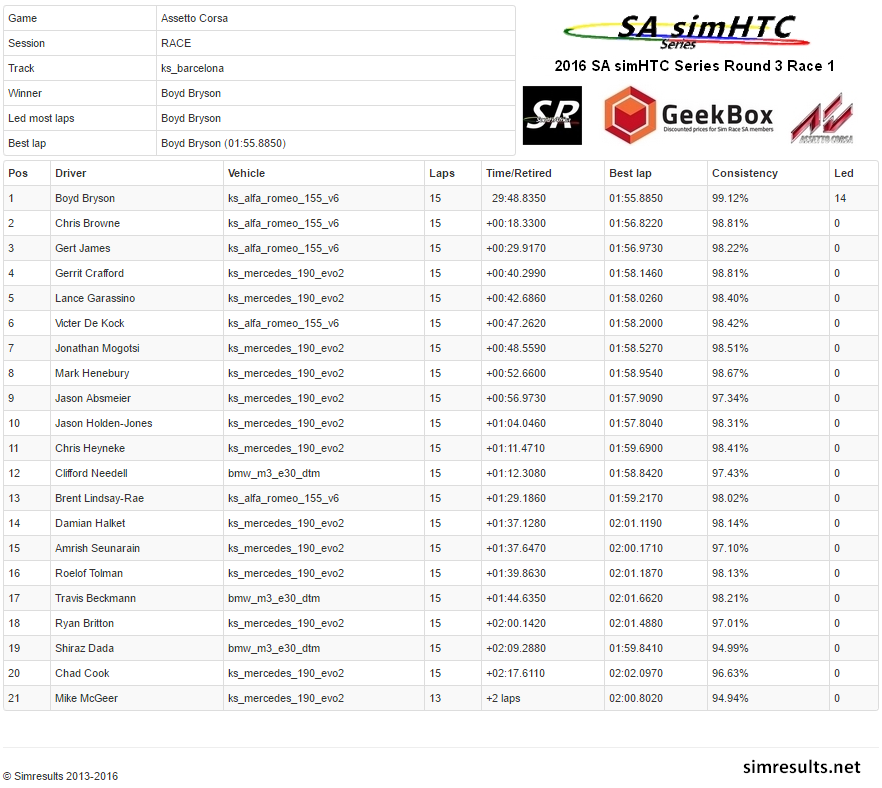 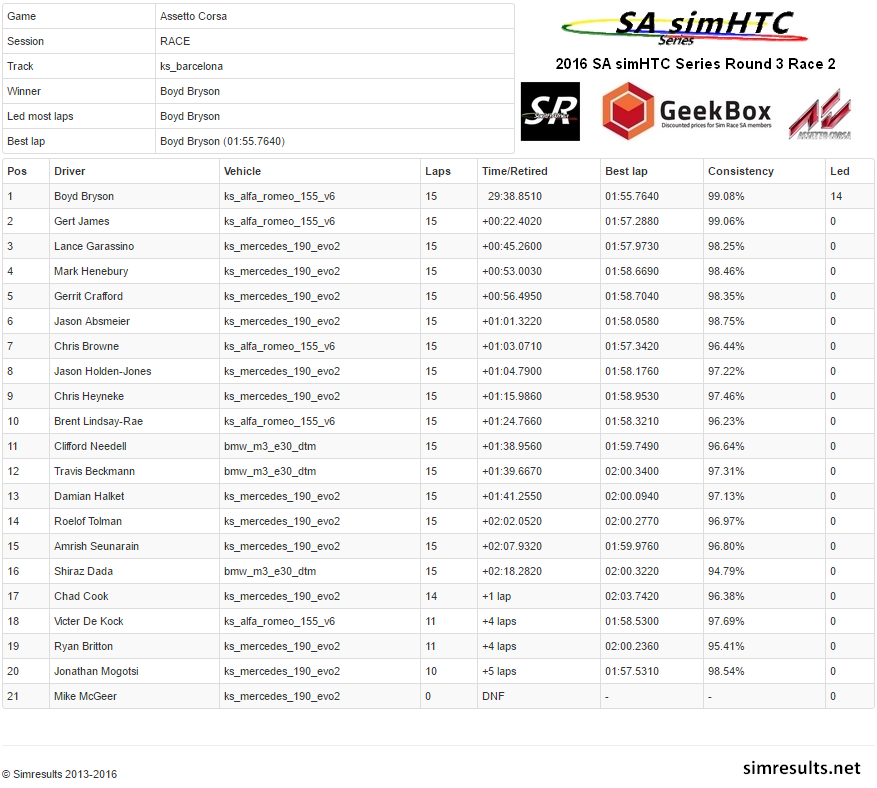 Drivers’ Championship Standings after Round 3:

Teams’ Championship Standings after Round 3: