Valerius Racing, a newly established sim racing team, has announced their entry to the 2016 SA simGT Series. Team Principal Ryan Hill, during the team’s launch at the Monza Racing Circuit, has confirmed himself and Chris Chetty as the teams’ drivers. 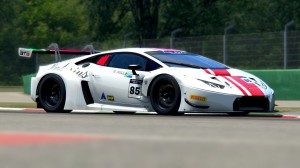 Hill, historically a console sim racer for many years enjoying the Forza Series, shifted his focus to PC sim racing about a year ago and is now ready for the new challenge that awaits him. Hill stated that he is a self-proclaimed petrol-head, and is highly dedicated to sim racing. His website can be viewed here: www.ryanhill.co.za/simracing.html

Chetty is well experienced with Codemasters’ F1 Series competing in several highly competitive online F1 leagues, he now looks forward to expanding his horizons to outside of the single-seater discipline.

Ryan Hill will pilot the number #85 Lamborghini Huracan GT3, and Chris Chetty the number #99 Mclaren 650S GT3. Both drivers will be competing the GT-AM class, a class for drivers competing in SA simGT for the first time.