Squadro GhostworX enjoyed a front row start to see Jadwat maintain his lead through out the first lap, however Xtreme Racing’s Boyd Bryson passed Jonathan Bentz under braking for Les Combes (turn seven). Then on lap two Bentz would drop down the order after a technical issue put pay to any chance of a podium finish.

After starting from 11th position, Juan Liebenberg (Phantom GhostworX) would find himself in fourth by lap three, and a well executed  move on Mark Henebury (HRT) earned him third position by lap five.

The battle for fifth between Steyn and Heyneke.

By the final lap all eyes were on the Liebenberg/Bryson battle for second, Liebenberg had closed the gap under braking for Les Combes and looked to attempt a move at any moment, however Bryson kept his composure and calmly maintained position to the end.

Jadwat’s fourth win of the season puts him on level points with Bryson for the driver’s championship lead. 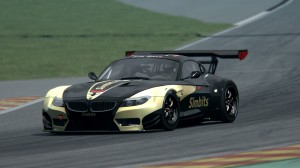 Liebenberg finished on the podium after starting from 11th. 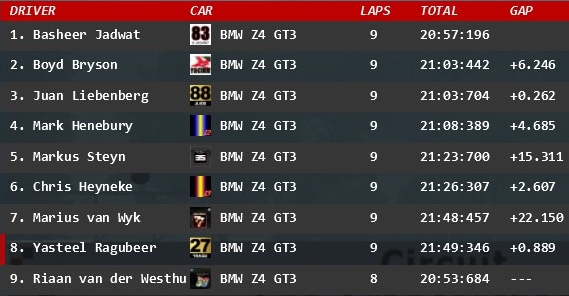